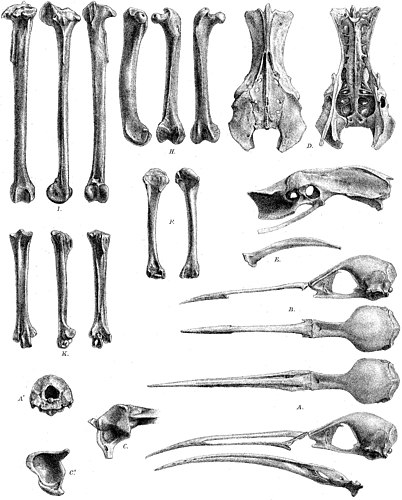 Wikipedia article of the day is Rodrigues rail. Check it out: https://ift.tt/3hLTusW Summary: The Rodrigues rail (Erythromachus leguati) was a flightless bird endemic to the Mascarene island of Rodrigues, east of Madagascar in the Indian Ocean. The rail was described as having grey plumage, a red beak and legs, and a naked red patch around the eye. The bird fed on tortoise eggs. It was described as being attracted to red objects, which humans exploited while hunting it. The Rodrigues rail is believed to have become extinct in the mid-18th century because of predation by introduced cats and destruction of its habitat by tortoise hunters. The bird was first documented from life by two contemporaneous accounts, first by François Leguat, a French Huguenot refugee marooned on Rodrigues in 1691, and then by Julien Tafforet, marooned on the island in 1726. Subfossil remains (pictured) were later discovered and connected with the old accounts in 1874, and the species was named E. leguati in Leguat’s honour.