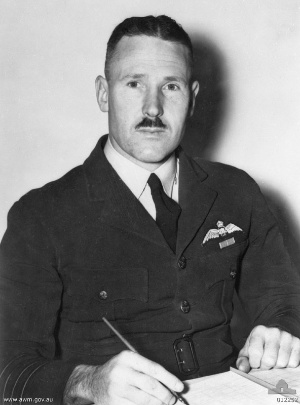 Wikipedia article of the day is Valston Hancock. Check it out: https://ift.tt/36lmPIt Summary: Valston Hancock (31 May 1907 – 29 September 1998) was a senior commander in the Royal Australian Air Force (RAAF). A graduate of the Royal Military College, Duntroon, Hancock transferred to the RAAF in 1929 and qualified as a pilot. After fifteen years of occupying staff and training posts, he saw combat in the Aitape–Wewak campaign of the Pacific War during 1945. Flying Bristol Beaufort light bombers, he led No. 100 Squadron, and later No. 71 Wing, earning the Distinguished Flying Cross. After the war, Hancock became the inaugural commandant of RAAF College, followed by a succession of senior positions, before being promoted to air marshal and serving as Chief of the Air Staff from 1961 to 1965. He was knighted in 1962. In his role as the Air Force’s senior officer, Hancock continued the policy of developing a chain of forward airfields in Northern Australia. He also evaluated potential replacements for the RAAF’s English Electric Canberra bomber.