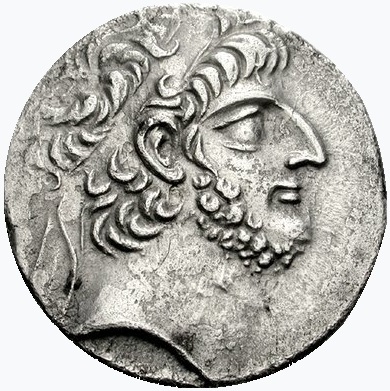 Wikipedia article of the day is Antiochus XII Dionysus. Check it out: Article-Link Summary: Antiochus XII Dionysus (died 82 BC) was a Seleucid ruler who reigned as King of Syria during the Hellenistic period from 87 BC until his death. He was the youngest son of Antiochus VIII, who was assassinated in 96 BC. Antiochus XII’s four brothers laid claim to the throne. His brother Philip I defeated his brother Demetrius III in 87 BC and remained in the Syrian capital Antioch. Ignoring the territories of Philip I, Antiochus XII gained control of Damascus and consolidated his territory within inner Syria. He focused his attention on Syria’s southern reaches into which the Judaeans and Nabataeans sought to expand, reinforced his southern frontier, and fought two campaigns against Nabataea and Judea. After winning several victories, he was killed by the Nabateans at the Battle of Cana in 82 BC. The Nabatean king Aretas III captured Damascus, and the Syrian throne was claimed by Cleopatra Selene and her son Antiochus XIII.