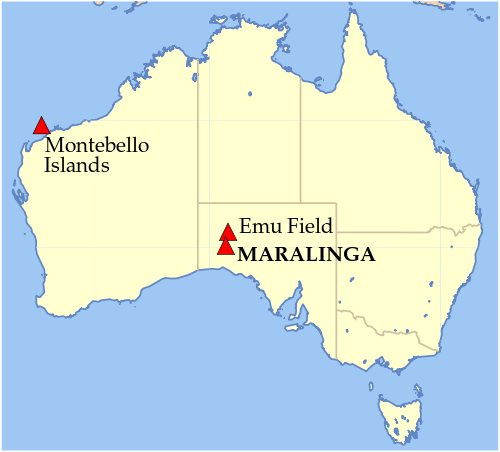 Wikipedia article of the day is British nuclear tests at Maralinga. Check it out: Article-Link Summary: British nuclear tests were conducted at Maralinga in the Woomera Prohibited Area in South Australia between 1956 and 1963. A total of seven major nuclear tests took place at Maralinga, with explosive yields ranging from approximately 1 to 27 kilotonnes of TNT (4 to 110 terajoules). Two major test series were conducted: Operation Buffalo (final test pictured) in 1956 and Operation Antler the following year. One bomb used cobalt pellets as a tracer for determining yield, resulting in rumours that Britain was developing a cobalt bomb. The site was also used for trials of neutron initiators and tests on the compression of nuclear weapon cores and the effects of fire on atomic weapons. It was left contaminated with radioactive waste, and a clean-up was attempted in 1967. A further clean-up was completed in 2000. In 1994, the Australian government paid $13.5 million in compensation to the traditional owners, the Maralinga Tjarutja people. The land was restored to them in 2014.