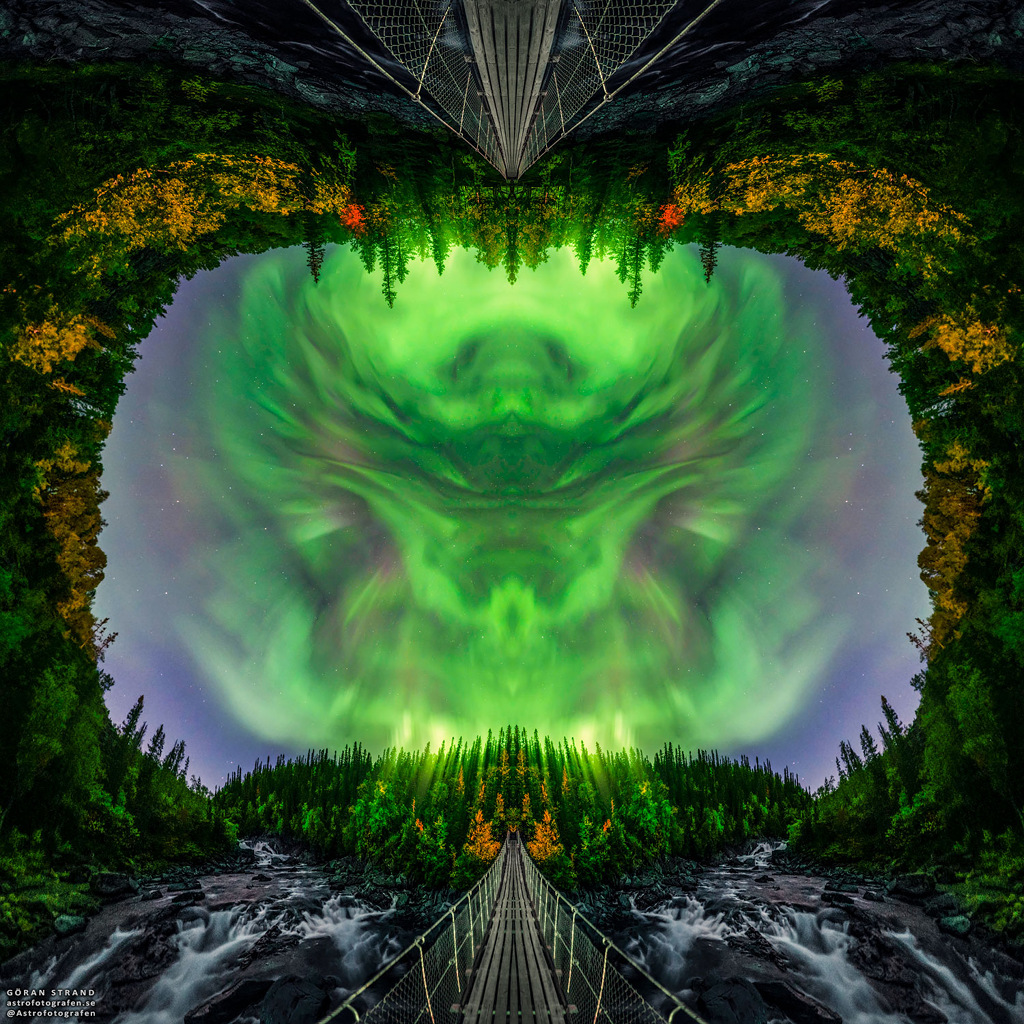 If you see this as a monster’s face, don’t panic. It’s only pareidolia, often experienced as the tendency to see faces in patterns of light and shadow. In fact, the startling visual scene is actually a 180 degree panorama of Northern Lights, digitally mirrored like inkblots on a folded piece of paper. Frames used to construct it were captured on a September night from the middle of a waterfall-crossing suspension bridge in Jamtland, Sweden. With geomagnetic storms triggered by recent solar activity, auroral displays could be very active at planet Earth’s high latitudes in the coming days. But if you see a monster’s face in your own neighborhood tomorrow night, it might just be Halloween. via NASA https://ift.tt/3bvoA6V