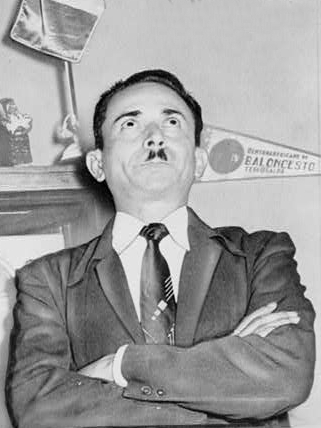 Wikipedia article of the day is Carlos Castillo Armas. Check it out: https://ift.tt/1ZAyWbY Summary: Carlos Castillo Armas (November 4, 1914 – July 26, 1957) was a military officer and the 28th president of Guatemala. He came to power in a 1954 coup d’état backed by the US Central Intelligence Agency that overthrew the democratically elected President Jacobo Árbenz, and consolidated his position in an October 1954 election in which he was the only candidate. A member of the right-wing National Liberation Movement party, he was also the first of a series of authoritarian rulers in Guatemala who were close allies of the United States. Under Castillo Armas, the reforms of the Guatemalan Revolution were largely undone. Land was confiscated from small farmers and returned to large landowners, and thousands of people were arrested, tortured, or killed under suspicion of being communists. In 1957 Castillo Armas was assassinated by a presidential guard. His policies sparked a series of leftist insurgencies culminating in the Guatemalan Civil War, which lasted from 1960 to 1996.