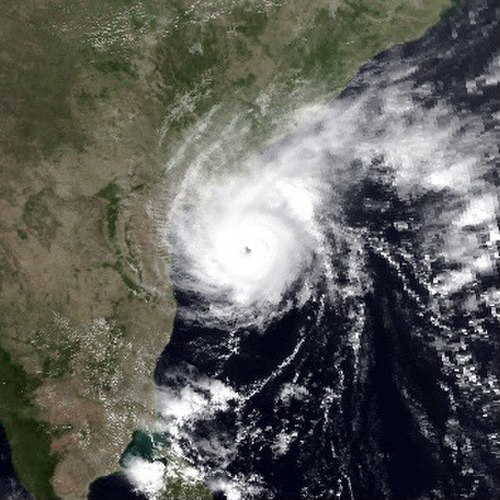 Wikipedia article of the day is Typhoon Gay (1989). Check it out: https://ift.tt/2vofnMD Summary: Typhoon Gay was a small but powerful tropical cyclone that caused more than 800 fatalities in and around the Gulf of Thailand in November 1989. The worst typhoon to affect the Malay Peninsula in 35 years, Gay rapidly intensified from a monsoon trough, and on 3 November became the first typhoon since 1891 to make landfall in Thailand. It re-emerged into the Bay of Bengal and reorganized as it approached southeastern India. The typhoon moved ashore near Kavali, Andhra Pradesh, and dissipated over Maharashtra early on 10 November. The typhoon’s rapid development took seafarers by surprise, leading to 275 offshore fatalities. Across the Malay Peninsula, 588 people died from various storm-related incidents and several towns were destroyed. Losses throughout Thailand totaled ฿11 billion (US$497 million). In India, Gay damaged or destroyed about 20,000 homes in Andhra Pradesh. It left 100,000 people homeless, caused 69 deaths, and was responsible for ₹410 million (US$25.3 million) in damage.
Posted on October 31, 2020 Posted in Daily-Quote, TweetTagged #artquote, #dailyquote, art, brainyquote, Inspiration, quotes, wisdomLeave a comment

“The mission of art is to represent nature not to imitate her.” – William Morris Hunt

Posted on October 31, 2020 Posted in Wikipedia, TweetTagged article of the day, Bill Kibby, WikipediaLeave a comment

Wikipedia article of the day is Bill Kibby. Check it out: https://ift.tt/2ykYosb Summary: Bill Kibby (15 April 1903 – 31 October 1942) was a British-born Australian recipient of the Victoria Cross, the highest award for gallantry in the face of the enemy that could be awarded to a member of the Australian armed forces during World War II. In 1940, Kibby enlisted in the all-volunteer Second Australian Imperial Force and joined the 2/48th Infantry Battalion. He was injured before the Siege of Tobruk, but was with the battalion during the First Battle of El Alamein in July 1942. In October, the battalion was committed to the Second Battle of El Alamein. Between 23 and 31 October, Kibby went forward alone and silenced an enemy machine gun post, mended a telephone line under heavy fire, and pressed forward under withering machine gun fire to help his company capture its objective. After this final action ultimately cost him his life, the Victoria Cross was awarded for his inspirational leadership.
Posted on October 30, 2020 Posted in TwitterLikeTagged #twitter, TwitterLikeLeave a comment 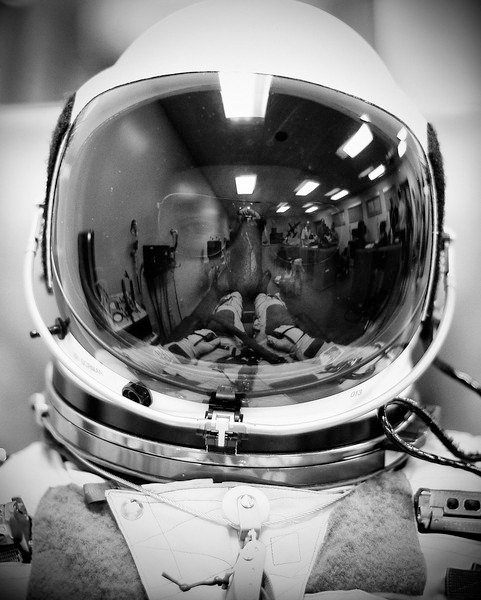 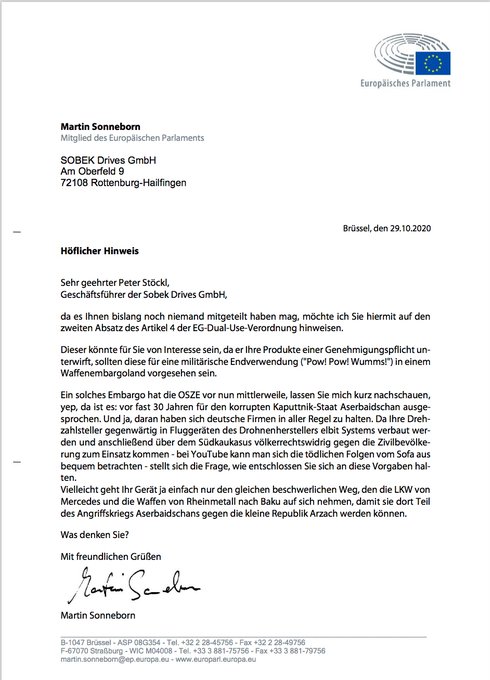 On Halloween fear and dread will stalk your night skies, also known as Phobos and Deimos the moons of Mars. The 2020 opposition of Mars was on October 13, so the Red Planet will still rise shortly after sunset. Near Halloween’s Full Moon on the sky, its strange yellowish glow will outshine other stars throughout the night. But the two tiny Martian moons are very faint and in close orbits, making them hard to spot, even with a small telescope. You can find them in this carefully annotated composite view though. The overexposed planet’s glare is reduced and orbital paths for inner moon Phobos and outer moon Deimos are overlayed on digitally combined images captured on October 6. The diminutive moons of Mars were discovered in August of 1877 by astronomer Asaph Hall at the US Naval Observatory using the Great Equatorial 26-inch Alvan Clark refractor. via WORDPRESS https://wp.me/p4wJUi-7uP
Posted on October 30, 2020 Posted in NASA, TweetTagged #astrophysics, #halloween, #nasaimageLeave a comment 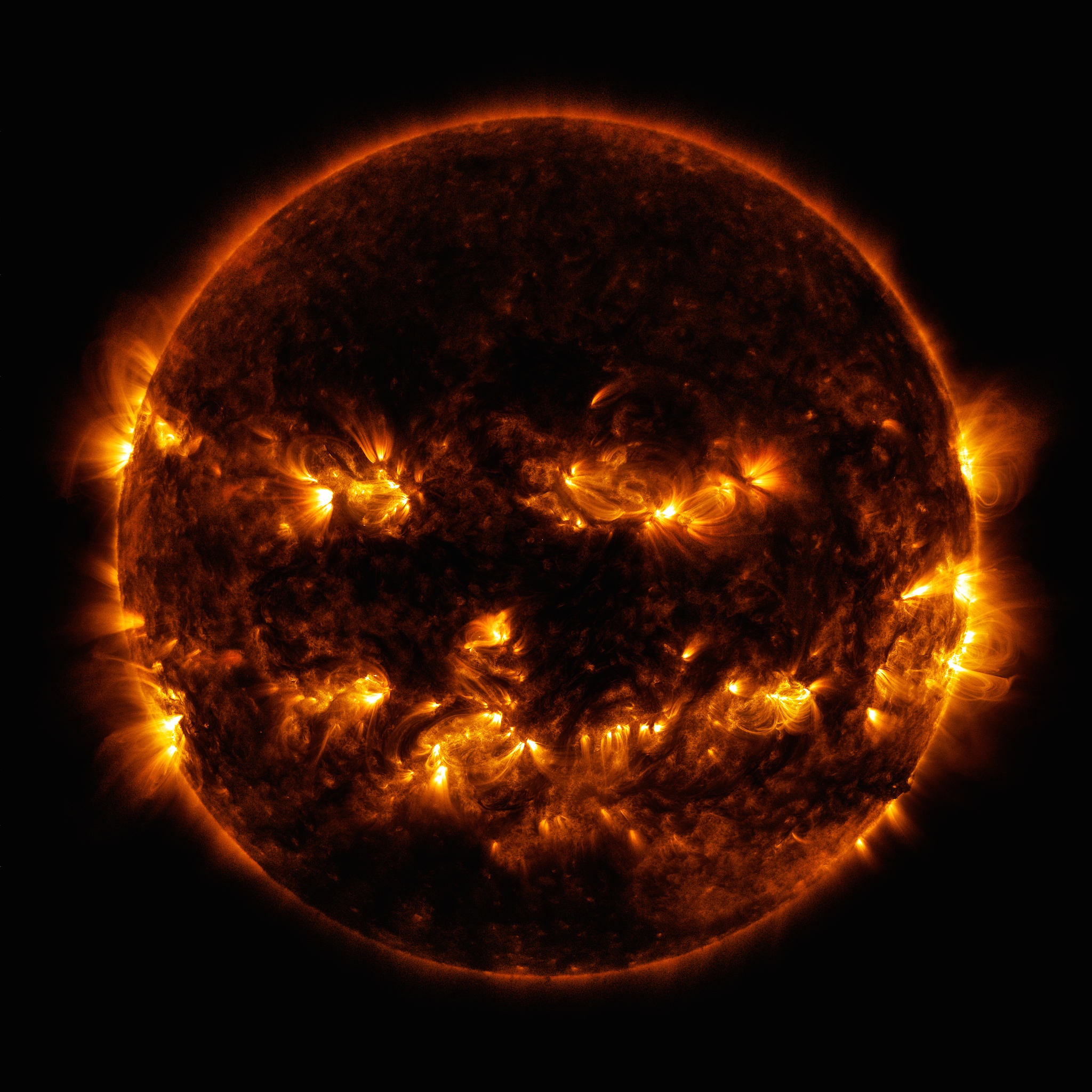 Active regions on the sun combined to look something like a jack-o-lantern’s face on Oct. 8, 2014. via wordpress https://wp.me/p4wJUi-7uF
Posted on October 30, 2020 Posted in NASA, TweetTagged #astroimage, #astrophysicsLeave a comment 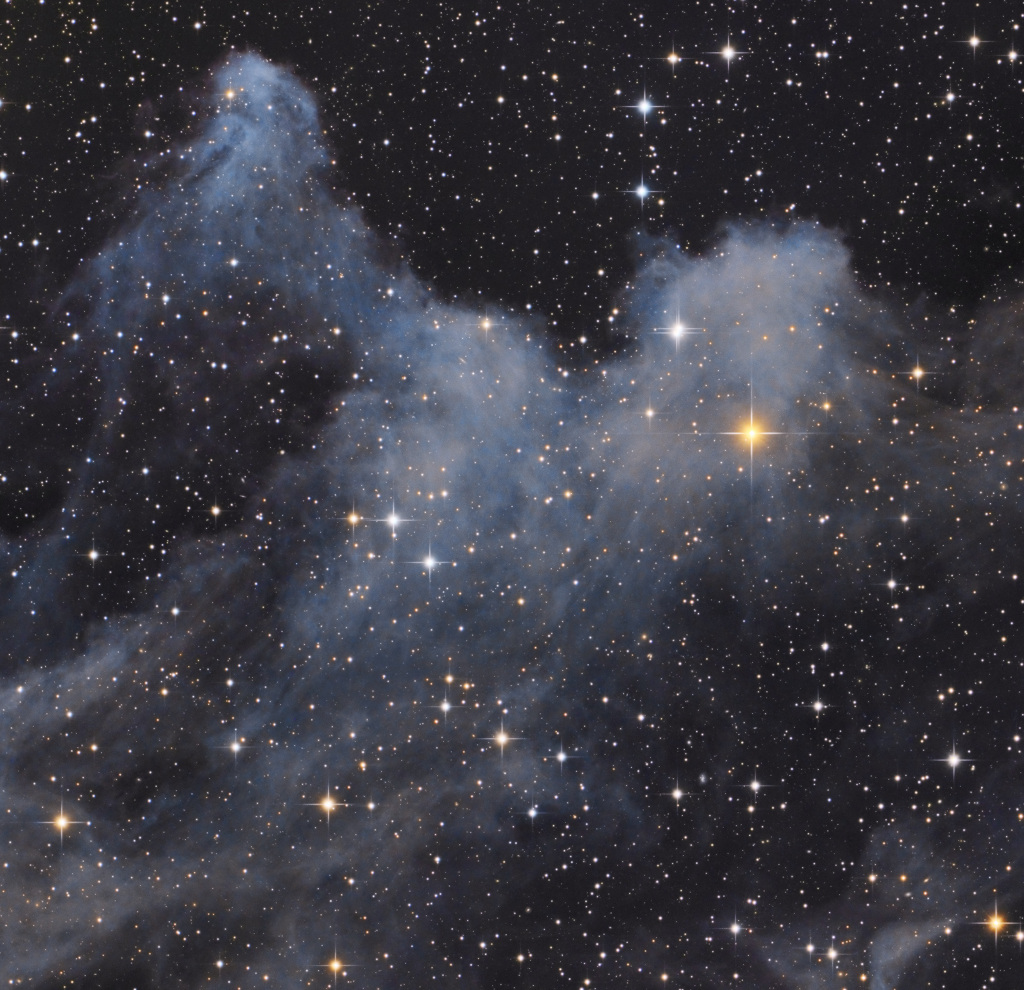 Inspired by the halloween season, this telescopic portrait captures a cosmic cloud with a scary visage. The interstellar scene lies within the dusty expanse of reflection nebula IC 2118 in the constellation Orion. IC 2118 is about 800 light-years from your neighborhood, close to bright bluish star Rigel at the foot of Orion. Often identified as the Witch Head nebula for its appearance in a wider field of view it now rises before the witching hour though. With spiky stars for eyes, the ghoulish apparition identified here seems to extend an arm toward Orion’s hot supergiant star. The source of illumination for IC 2118, Rigel is just beyond this frame at the upper left. via wordpress https://wp.me/p4wJUi-7uv
Posted on October 30, 2020 Posted in NASA, TweetTagged #astrophysics, #nasaimageLeave a comment 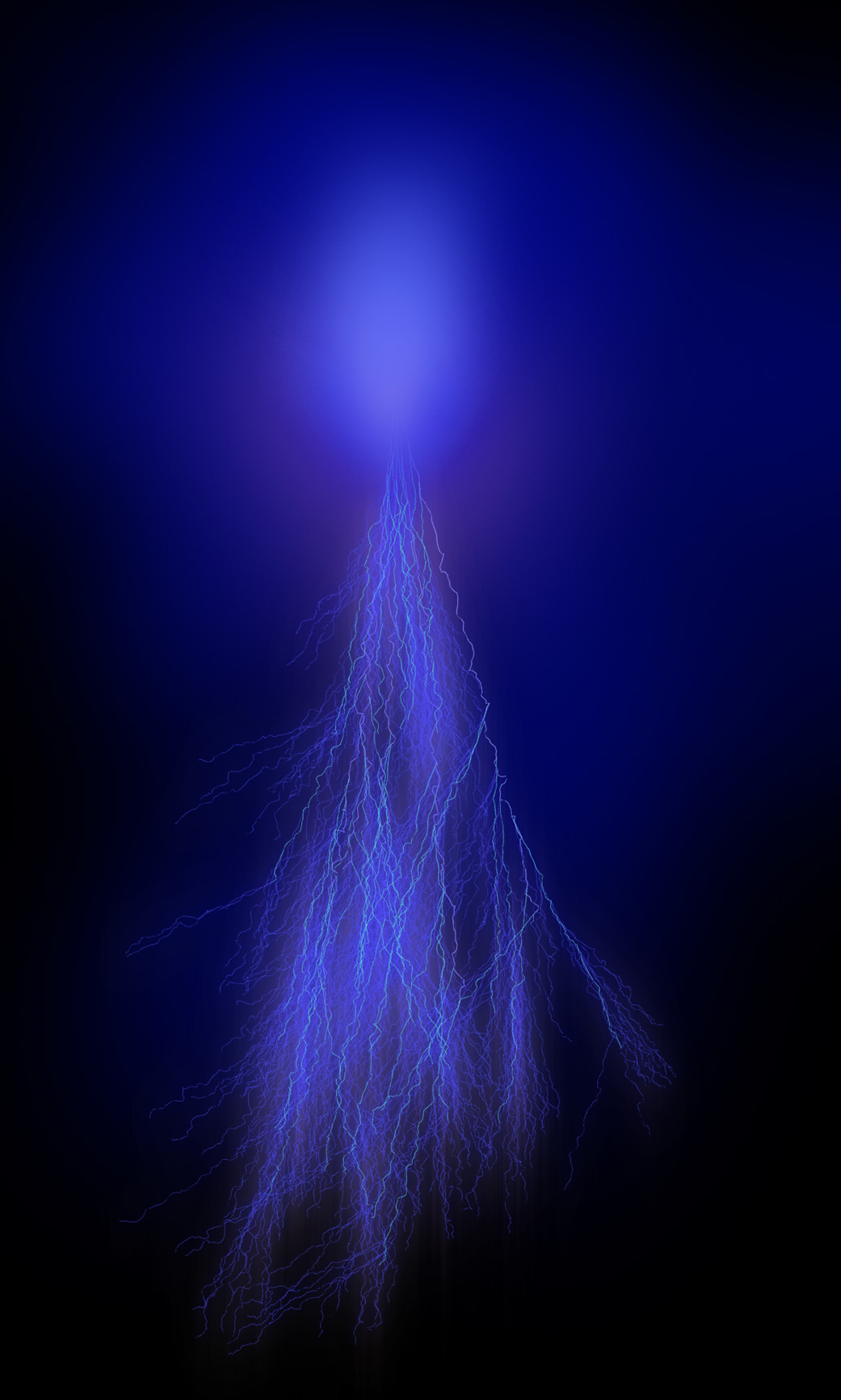 The lightning phenomenon known as a sprite depicted at Jupiter in this illustration. via NASA https://wp.me/p4wJUi-7up
Posted on October 30, 2020 Posted in NASA, TweetTagged #astroimage, #astrophysicsLeave a comment 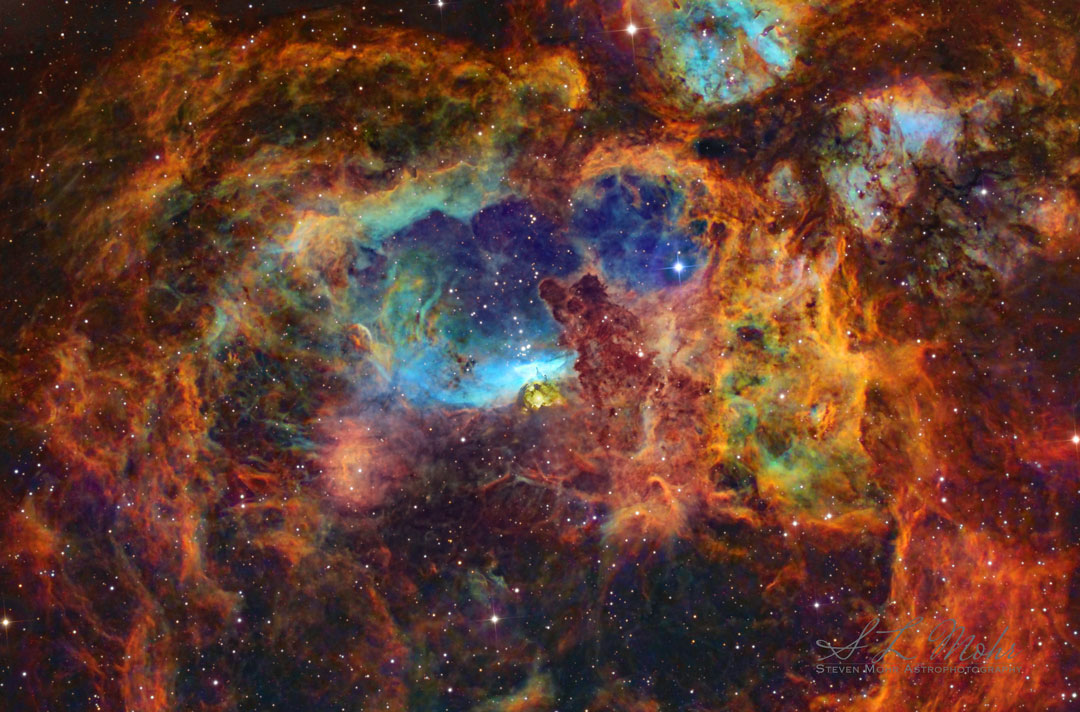 Why is the Lobster Nebula forming some of the most massive stars known? No one is yet sure. Cataloged as NGC 6357, the Lobster Nebula houses the open star cluster Pismis 24 near its center — a home to unusually bright and massive stars. The overall blue glow near the inner star forming region results from the emission of ionized hydrogen gas. The surrounding nebula, featured here, holds a complex tapestry of gas, dark dust, stars still forming, and newly born stars. The intricate patterns are caused by complex interactions between interstellar winds, radiation pressures, magnetic fields, and gravity. NGC 6357 spans about 400 light years and lies about 8,000 light years away toward the constellation of the Scorpion. via wordpress https://wp.me/p4wJUi-7uj
Posted on October 30, 2020October 30, 2020 Posted in Tweet, WikipediaTagged picture of the day, WikipediaLeave a comment

“An art book is a museum without walls.” – Andre Malraux 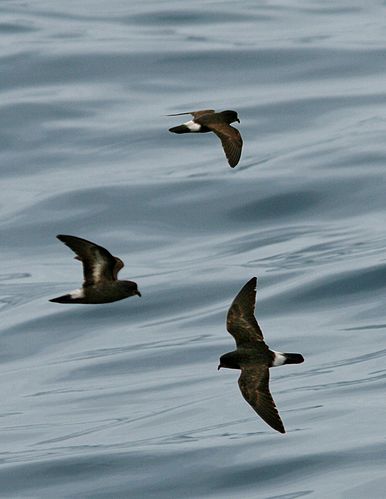 Wikipedia article of the day is European storm petrel. Check it out: https://ift.tt/1JTsANx Summary: The European storm petrel (Hydrobates pelagicus) is a small, square-tailed seabird with a fluttering flight. It is black except for a white rump and a white band under its wings. Most birds breed on islands off western Europe, with a separate subspecies occurring in the Mediterranean. The storm petrel lays a single white egg in a burrow. The adults share incubation and feeding the chick. This bird is oceanic outside the breeding season, wintering off the western coasts of Africa. It feeds on small fish, and can find oily edible items by smell. The chick is fed with an oily liquid regurgitated by the adults. Silent at sea, the storm petrel has a chattering call given during courtship, and the male has a purring song. The storm petrel cannot survive where rats or cats have been introduced, and it is killed by large birds such as gulls. It is classified by the IUCN as being of least concern. Folklore claiming that the bird can foretell or cause bad weather has led to its use as a symbol by some revolutionary groups.
Posted on October 29, 2020October 29, 2020 Posted in TwitterLikeTagged #twitter, TwitterLikeLeave a comment 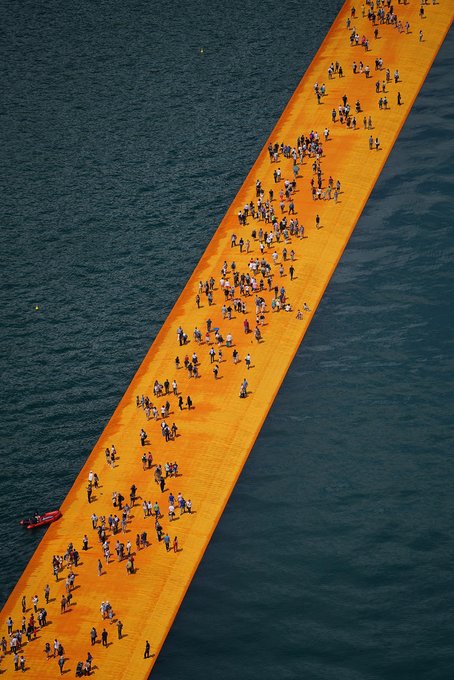 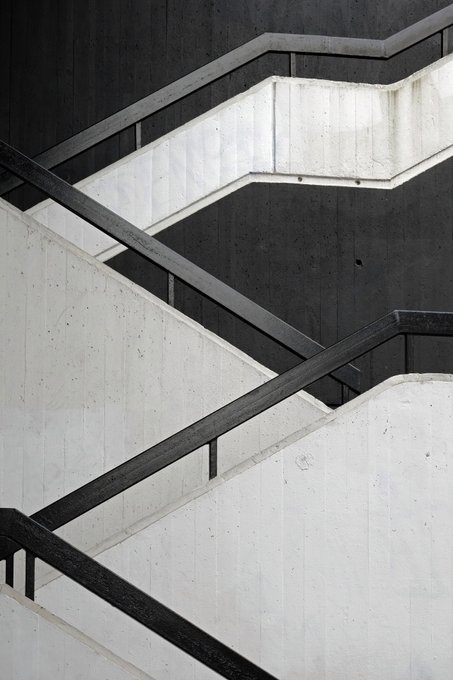 “It is not in life, but in art that self-fulfillment is to be found.” – Wilson Mizner